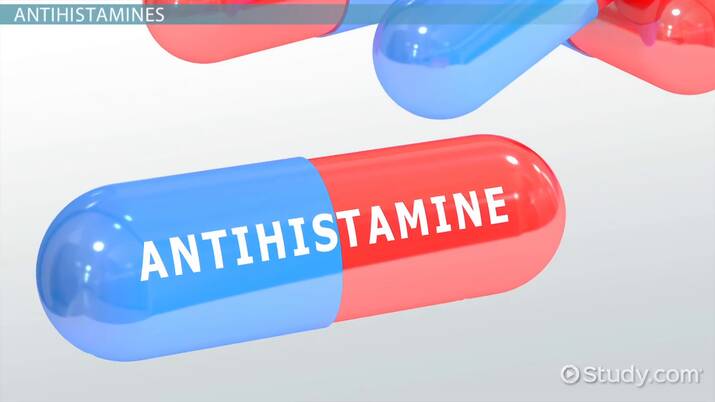 Cetirizine sold under the bran dames of Zyrtec, Rigix, Baydal, is a second-generation antihistamine that is used to treat allergic rhinitis (hay fever), dermatitis, and urticaria, among other things (hives). It is taken orally. The effects usually start within an hour and last approximately a day.

Class of Medicine
Cetirizine belongs to the antihistamine class of drugs. It works by preventing histamine, a chemical in the body that produces allergy symptoms, from acting.

Mode of Action
Cetirizine is an antihistamine medication that is a metabolite of hydroxyzine. Its major effects are obtained by inhibiting peripheral H1 receptors selectively. Cetirizine’s antihistamine activity has been demonstrated in a range of animal and human models. Anticholinergic and antiserotonergic effects were shown to be minimal in both in vivo and ex vivo animal models. However, dry mouth was found to be more common with cetirizine than with a placebo in clinical tests. Cetirizine has no measurable affinity for histamine receptors other than H1 receptors, according to in vitro receptor binding experiments.

How should this medicine be used?
Cetirizine tablets or capsules should always be taken with a glass of water, milk, or juice. Consume them in their whole. They should not be chewed. Cetirizine liquid, rather than pills or capsules, may be easier for youngsters to swallow.

In conclusion, cetirizine given daily for a long time (i.e. 3 years) may reduce the development of new sensitizations in monosensitized youngsters, indicating the possibility of tertiary allergy prevention.
When you stop taking cetirizine over a long period of time (usually more than six months), you may have generalized itching.

Ebastine is a second-generation antihistamine, available in brand names Kestine, Ebaget, Atmos has been demonstrated to be helpful in the treatment of allergic rhinitis, both seasonal and perennial.
Ebastine is an H1 antihistamine with a modest drowsiness risk.
It does not permeate the blood–brain barrier very well, combining an effective inhibition of the H1 receptor in peripheral tissue with a low prevalence of central side effects, such as sedation and tiredness.

Class of Medicine
Ebastine is an H1 receptor antagonist of the second generation that is used to treat allergic rhinitis and chronic idiopathic urticaria. It comes in 10 and 20 mg tablets, as well as fast-dissolving tablets and paediatric syrup.

Mode of Action
Ebastine is a piperidine H1 antihistamine of the second generation. H1-antihistamines block histamine’s agonist effect at the H1 receptor and are used to reduce inflammation in allergic rhinitis, allergic conjunctivitis, and urticaria. Antigen presentation and the expression of pro-inflammatory cytokines, cell adhesion molecules, and chemotactic factors are all reduced when the activity of the NF-B immune response transcription factor is reduced via the phospholipase C and phosphatidylinositol (PIP2) signalling pathways. Furthermore, lowering the calcium ion concentration increases mast cell stability, which reduces the further release of histamine .

How should this medicine be used?
Ebastine can be taken with or without food once a day. Patients who are old or have mild–moderate hepatic impairment do not require dose adjustments. In patients with severe hepatic impairment, the maximum dose is 10 mg once day.

Must talk to your doctor:
If the patient has the history of heart disease (e.g. long QT syndrome, hypokalaemia, treatment with agents known to increase QT interval). Use with CYP3A4 inhibitors at the same time.
Hepatic impairment is severe.
Children. Lactation and pregnancy.
If you are already taking certain antibiotics or drugs used to treat fungal infections

Town Pharmacy The No. 1 online Pakistan pharmacy in Pakistan, specializes in offering OTC and prescription medications. The items on our online pharmacy are sourced using strict quality control guidelines. Our Medical Store is pleased to offer retail and discounted cash on delivery services for the delivery of pharmaceuticals, consumer goods, and other items in Pakistan